My two weeks in England have been bracketed by two deeply personal bookends. As I have mentioned elsewhere, my journey started in the far north at the sweet River Tyne, whence came my family surname in the 11th century. I had an atavistic reaction to the Tyne valley, a combination of imagination and emotion, and the place brought tears to my eyes.

I left the borderlands in the northeast, and made my way to the far southwest. Armed with some family tree data and a map, my intention was to find a more tangible, “recent” family connection in Devonshire, in the form of a 17th-century Anglican vicar named John Tindall.

England is a country where words like “new” and “old” seem insanely out of whack to an American. Glory be: a visit to the Devon Heritage Center in Exeter turned up parish marriage, baptism and burial records relating to the Rev. Tindall and his family, my most recent English relatives, 350 years ago.

The Rev. Tindall was vicar of the Church of St. Andrew’s in the tee-ninesy village of Bere Ferrers, Devonshire, from 1655 until his death in 1673. Bere Ferrers, about as big as a football field, is tucked obscurely at the end of a peninsula in the River Tavy. After (yet another) hair-raising drive, I found St. Andrew’s, a funky, 750-year-old wonder. It’s got 13th-century effigies, and a crazy floor plan, and steps so worn they would hold water. The pews date to my ancestor’s time. Parish records show that John and and his wife Ann were married here, baptized at least two children, and were buried here. 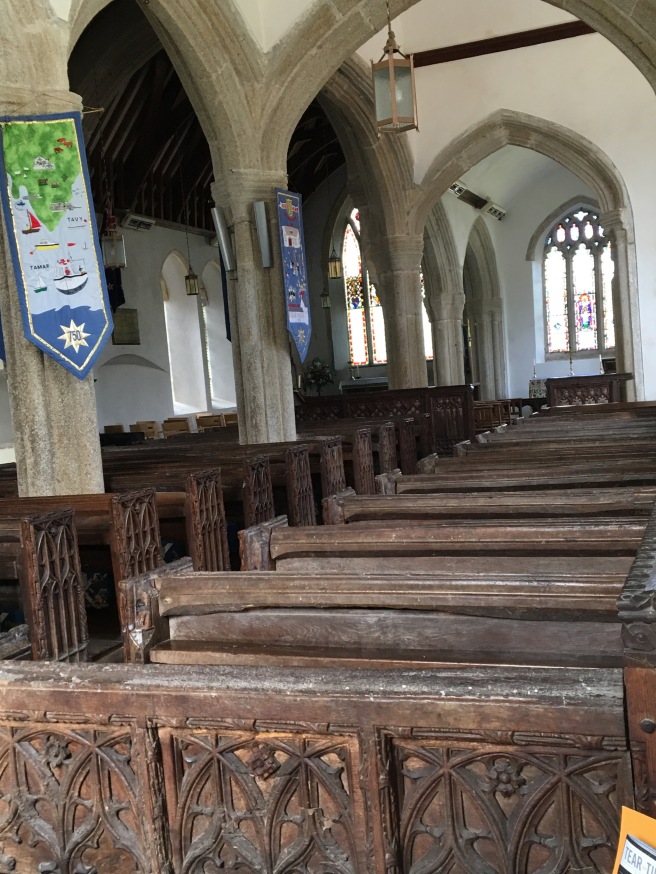 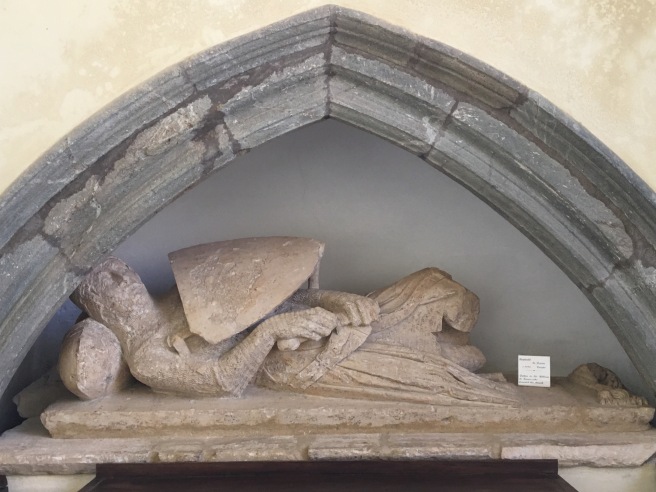 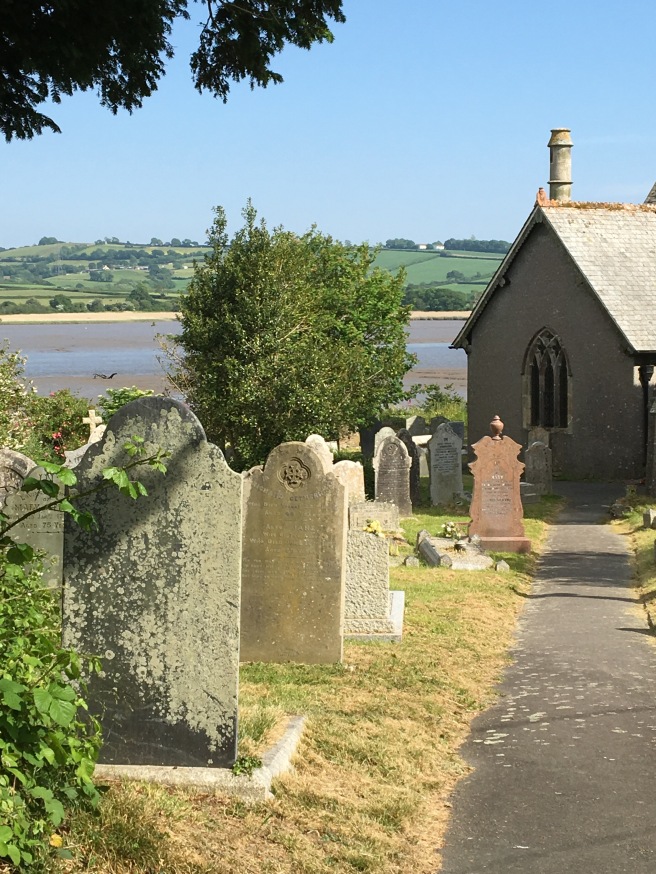 If you know your Anglican church history, you can appreciate that this was a hell of a time to be a vicar in the Church of England. I would love to know where the Rev. Tindall received his theological education, whether he came to Protestantism willingly, and how he avoided being burned at the stake. Did he know anyone who knew George Herbert?

Unfortunately, no headstones exist at St. Andrew’s from the mid-17th century, so my usual, favorite touchstone was not available to me. There was this, though: in the heritage center, I had seen the record of a letter stating that the Rev. Tindall and others asked permission in 1665 to start a school with the next parish, two miles up the road. Late that afternoon, alone in the church, I found a banner celebrating the school’s 350th anniversary. Now that’s a legacy. 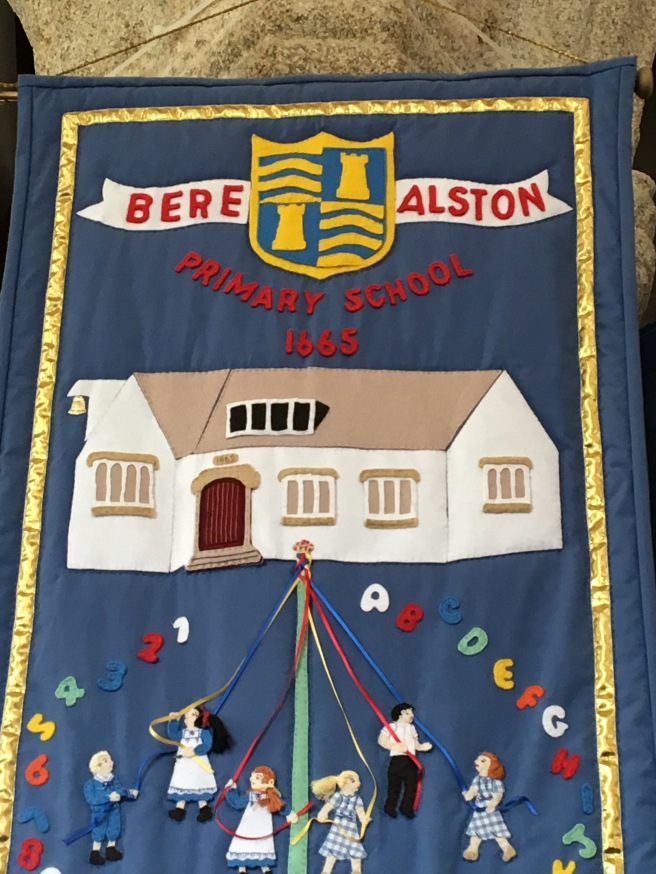